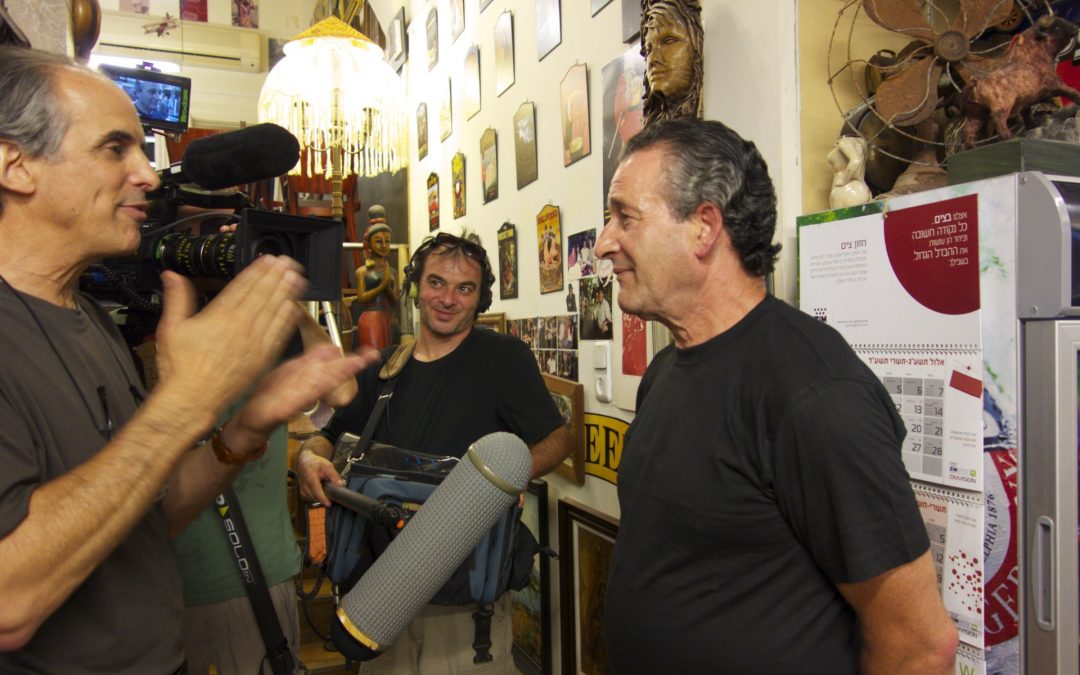 Maayan HaBira in Haifa has been serving Ashkenazi/Eastern Euro food with a Romanian bent since 1962. Proprietor Reuven Meir, son of the the founder, tells us in his interview that it’s getting trendy (again):

“My father called the place “Maayan HaBira” as if to say the spring is pouring beer, the water leaves the ground and changes to beer. In 1950 he opened the meat store here. He was master of the hotdog, of smoked meats, and all these kinds of Polish hotdogs. For 12 years he ran it as a store, and after 12 years in 1962 he turned the store into a restaurant.

“It started as a worker’s restaurant. The customers worked at the port and factories nearby.  Slowly my father’s generation disappeared and a new generation developed and they started coming from all over Israel. Tel Avivians discovered the place.

“We prepare gefilte fish, jellied calf’s foot, kishke, liver, onions, ikra, barenekas, kreplech, salty fish, partrichan, hotdogs we prepare ourselves, pastrami–natural no preservatives, cooked meat– gulash, chulant, all of the eastern Euro foods of the past that people would eat in eastern Europe.