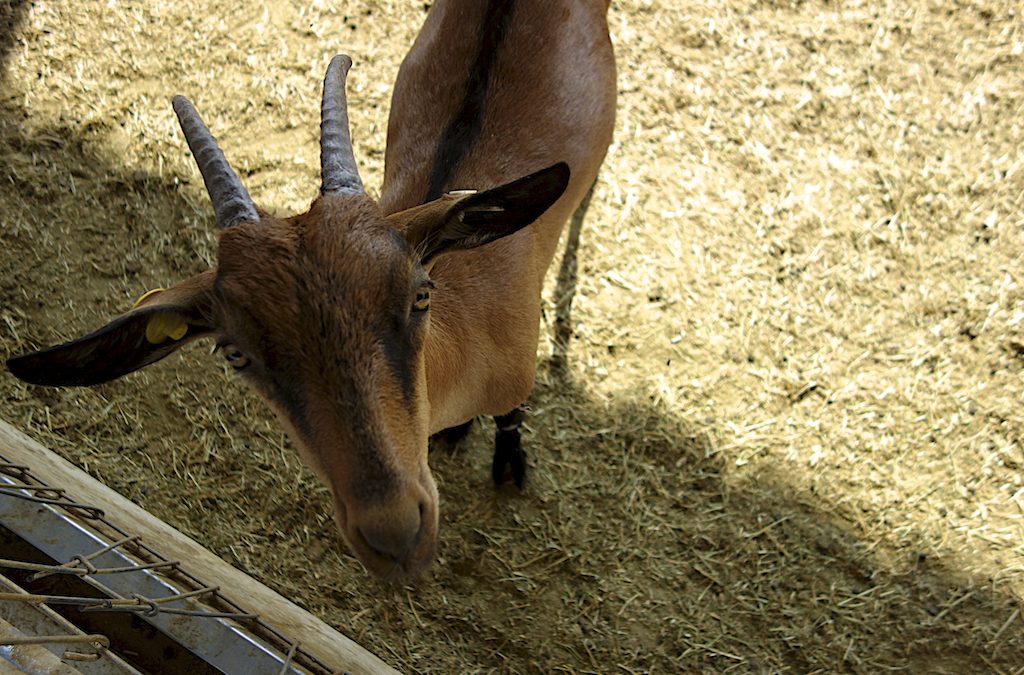 The Search for Israeli Cuisine is coming together nicely. We’re writing and organizing footage in order to begin editing in July. As you’ve seen in the teaser, the film will feature passionate chefs, journalists, writers, home cooks, farmers, wine and cheese makers, and many more. The interviews are so powerful, we wanted to share a few moments that might be a surprise to discover in the film. For most Americans these will be unexpected.

Please let us know what you think. 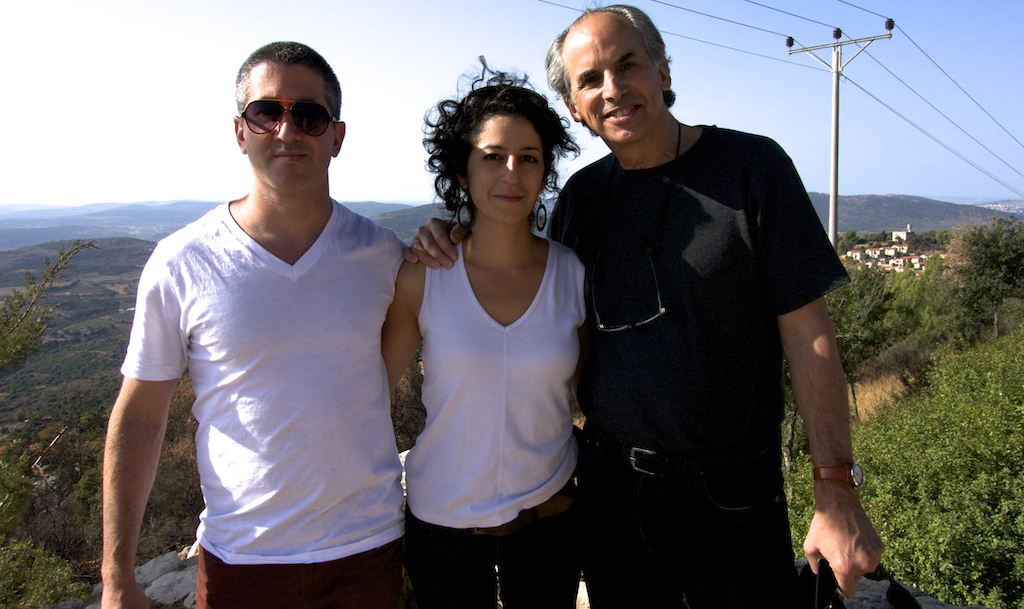 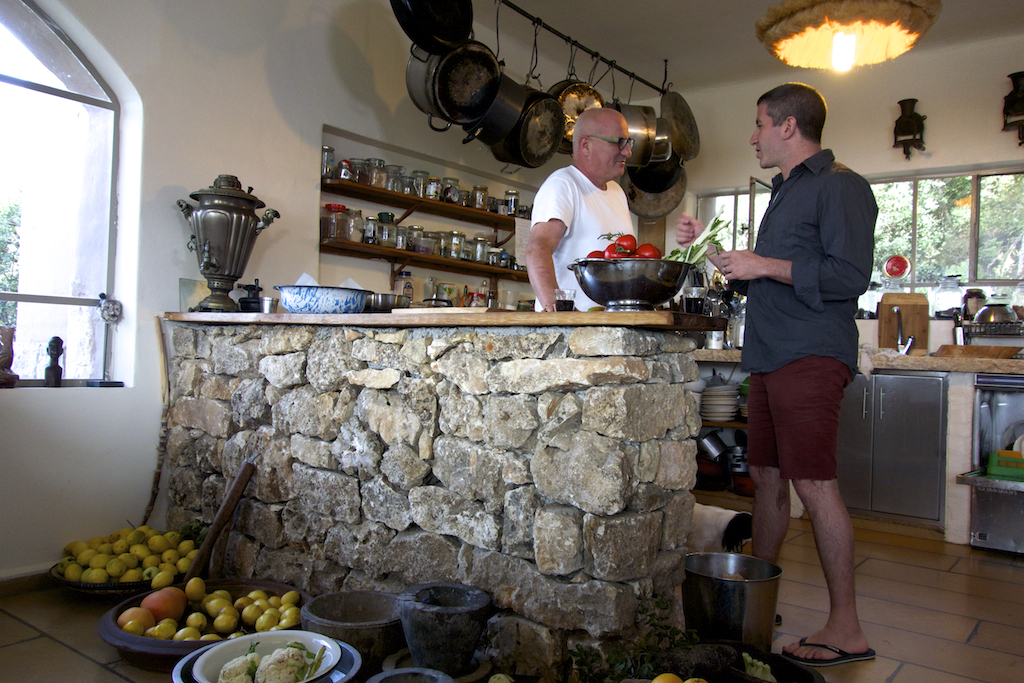 chef Erez Komarovsky in his kitchen with Mike Solomonov

“What happened in California?” Erez Komarovsky tells viewers, “The Japanese and Chinese came, Mexicans and Guatemalans. It started as Pacific Rim food and then became California cuisine. Then fusion, then confusion. Like we have here in Israel. Confusion food. It’s all mixed together beautifully: traditional spices, techniques, dishes that intermingle with all the influences.”

How did it happen? Erez says, “After the army we Israelis study and travel abroad: we go to the Far East, India or South America. We get to know Thai, Vietnamese, Mexican flavors. Some of us open restaurants. It all becomes Israeli food. Now even chipotle is considered Israeli.” 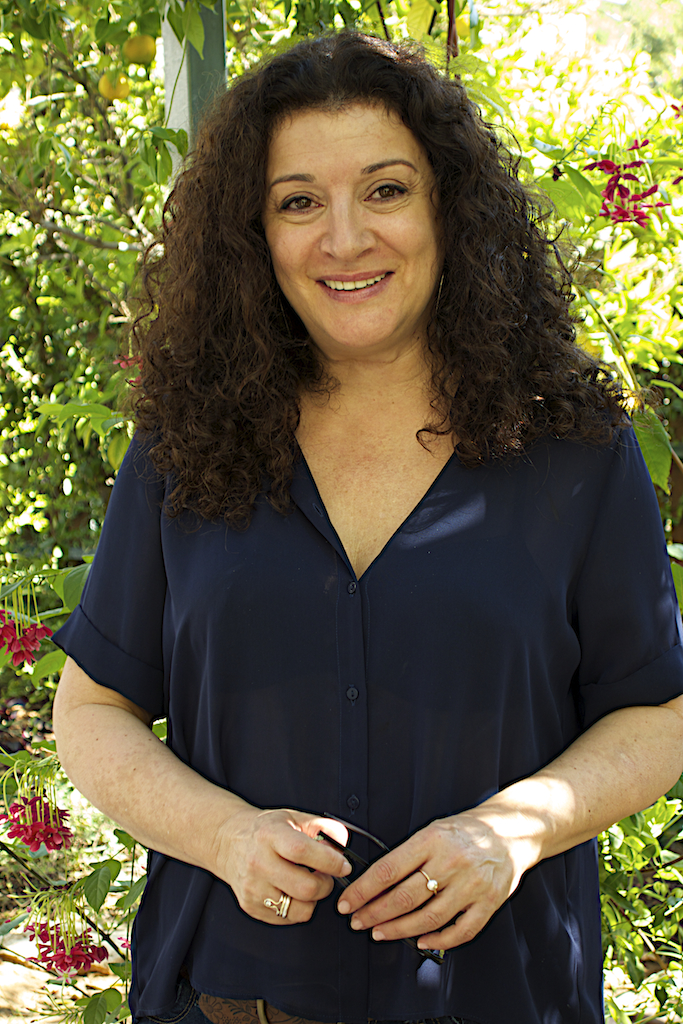 It helps to have a Moroccan grandmother

“I think Ashkenazi grandmothers had a different problem: they were supposed to cook whatever they knew from the old country and suddenly they were operating in a culinary vacuum. Most of the stuff that made Polish, Russian and Ukrainian cuisines sexy like wild berries, goose fat, and wild mushrooms were non-existent in the Israel of the 50s and 60s. So, as opposed to Moroccan or Iraqi homemakers, who at least knew how to source the spices and the ingredients. Ashkenazi cooks created some very pale and miserable versions of the real thing. And that gave Ashkenazi cooking in Israel such a bad name. Because “Polish cooking” is another way of saying bland, not interesting, boring, guilt-ridden. And, now we are starting to rediscover it, but interestingly it’s coming via New York.

Anon Sason in his net house in the Nagev

Israeli tech companies are world renowned. But most people don’t know that Israeli agriculture has helped transform the world’s agriculture. On our shoot, Mike and Anan Sion, a tomato farmer in the Negev, just 200 meters from Egypt, discussed Israel’s pioneering desalinization technology.

Audiences will be surprised to learn that scientists discovered that mixing saltwater with fresh water actually makes eggplants, peppers, and tomatoes sweeter.

ANON: “If I want it to taste sweeter, I raise the level of salt. Last year, we did a test with 100% salt water. Sweetness is measured in bricks. A normal tomato is about 5 bricks. Coca-Cola is about 11. Our 100% saltwater grown tomatoes got a score of 18!
They were completely inedible.”

Many don’t realize that Machane Yehuda Market was dying in the 1990s. Eli Mizrachi and his daughter Moran, sitting in their bustling sidewalk café, speak about Eli’s efforts to revive the market. Eli tells us “Ten, twelve years ago everything written about this market was bombing, hooligans, and crime.” It was half empty, but opening a café was not a business decision for Eli. “This market is a kind of heritage of the Jewish Israeli culture that was going to vanish. So I started this coffee shop because I thought maybe the young generation will come back.” Café Mizrachi opened in 2002. Moran describes the bleakness in the early days. “There weren’t any women, or young people, only older men. And, I remember people looking inside and asking us, “What are you selling – combs, soaps?” 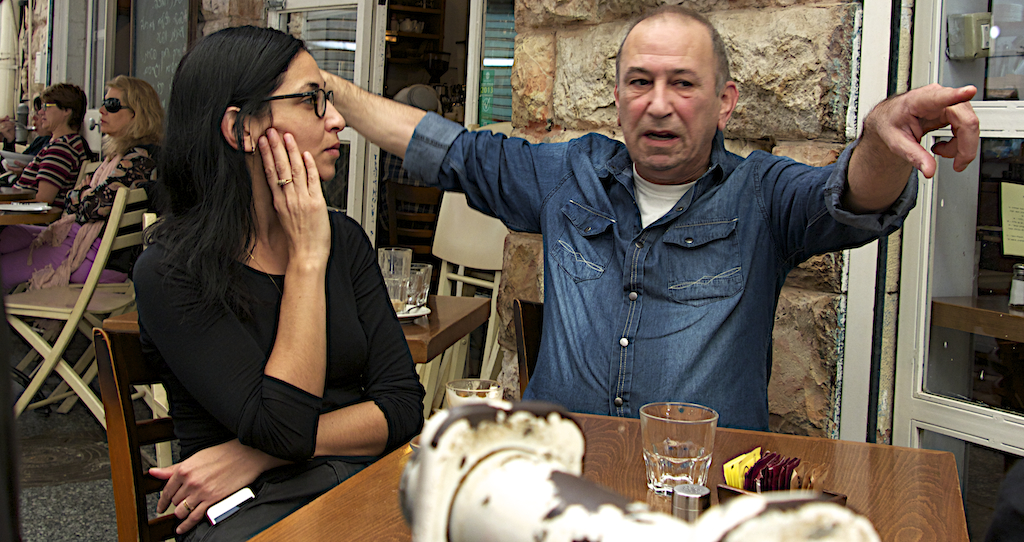 Maron and Eli Mizrachi in their cafe in Mahane Yehuda Market, Jerusalem

Eli describes how it took three years to begin to come back. First, people from the market came for coffee. Then, colleagues like Assaf Granit from Machneyuda restaurant and Ilan Garusi from Chakra stopped in. “It was like a club, remember?” says Maron. Once it became successful, “then markets spread to the old city and then all over the country and now in the whole world” Eli declares proudly.

Offaim farm in the Arava has become a super high tech demonstration of how to be small scale, organic, sustainable, and profitable. They’re unique in Israel for raising a breed of Alpine goats, known for their long legs and short hair. When temperatures rise to 125 degrees in the summer, Hedai 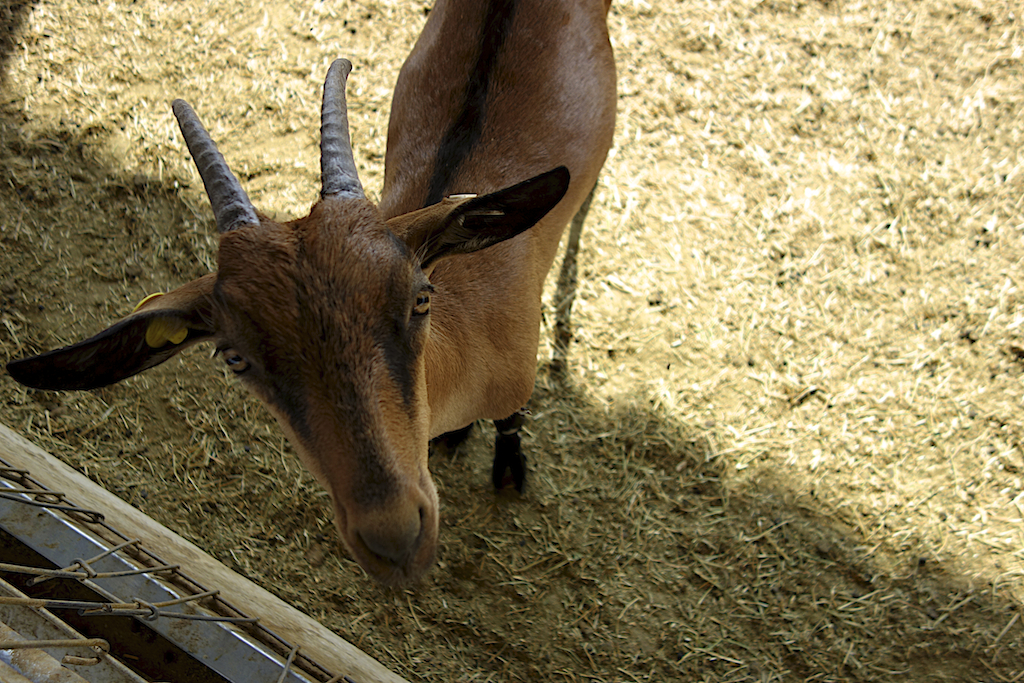 says these are good traits to have. The result, “Regular goats give roughly 300 to 400 liters of milk a year, these produce 1,200 to 1,500.” And, talk about high tech, Israel is the leading producer and exporter of milking technology in the world. Each goat has a chip implanted in her leg. Hedai shows Mike a handheld reader which “tells me all the information about a goat including who its parents and children are, how much milk it gives every day, how much protein and fat the milk contains. And, if I see a limping 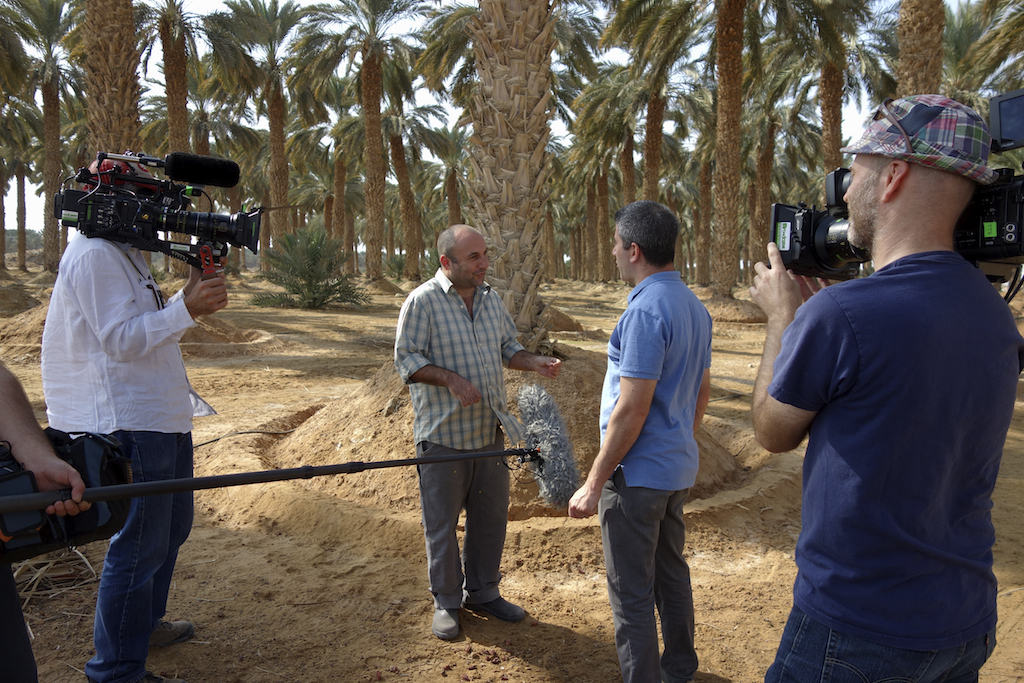 goat, I would type in ‘this goat needs to be treated.’ The next time she’s on the line, it will blink and I will be able to take care of it. And, the milking tower itself gives specified food for each goat based on lactation, health, age, and weight. This is all planned, examined, and is going to labs to be examined and analyzed.”

Hedai Offaim is a writer and partner with his brother in Offaim farm, where among other things they raise goats and make incredible cheese. 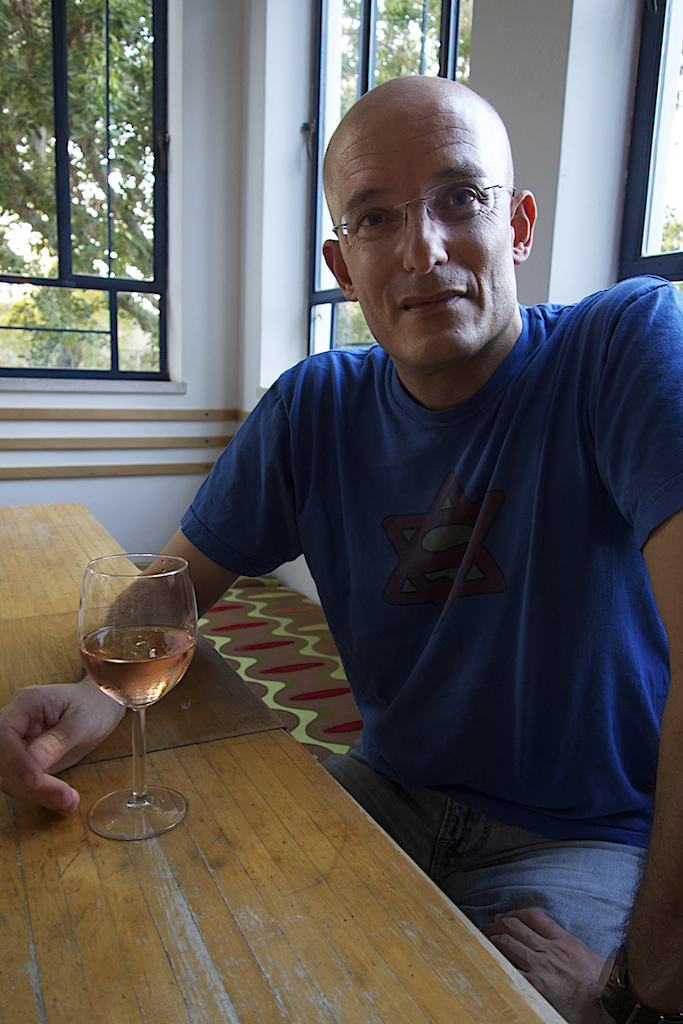 Hebrew is a very new language

Gil Hovav is a well known journalist and publisher whose great great grandfather is credited with convincing early settlers to learn and speak Hebrew exclusively.He tells viewers that immigrants to Palestine didn’t just struggle to survive, they actually abandoned their own languages. “Eliezer Ben Yehuda, he’s the guy who single handedly revived Hebrew about 150 years ago.” Yes, that jaw dropping tidbit, that Hebrew was like Latin will be a short, important scene. We’re creating a portrait of the Israeli people after all.

Why it never tastes as good as mom’s?

Gil: “I’ve a friend who has a small, dingy little restaurant in Hadera, a town in the north of Israel, where he cooks amazing Libyan food. His family was forced to flee Libya. He once told me, ‘You know, I have all the money for ingredients, I have the best utensils, I have a big kitchen. And, it’s just not as good as what my mother used to make in that small two room apartment with twelve children. So, one day I asked her. I said, ‘mom but why is it so? I have everything, you had so little, but yours was much better. And she said, ‘you don’t get it my son? It’s because we were hungry.’ So I think that this is what we all are looking for. For that certain spot in life where happiness and sadness are combined together. Because truth is there.” 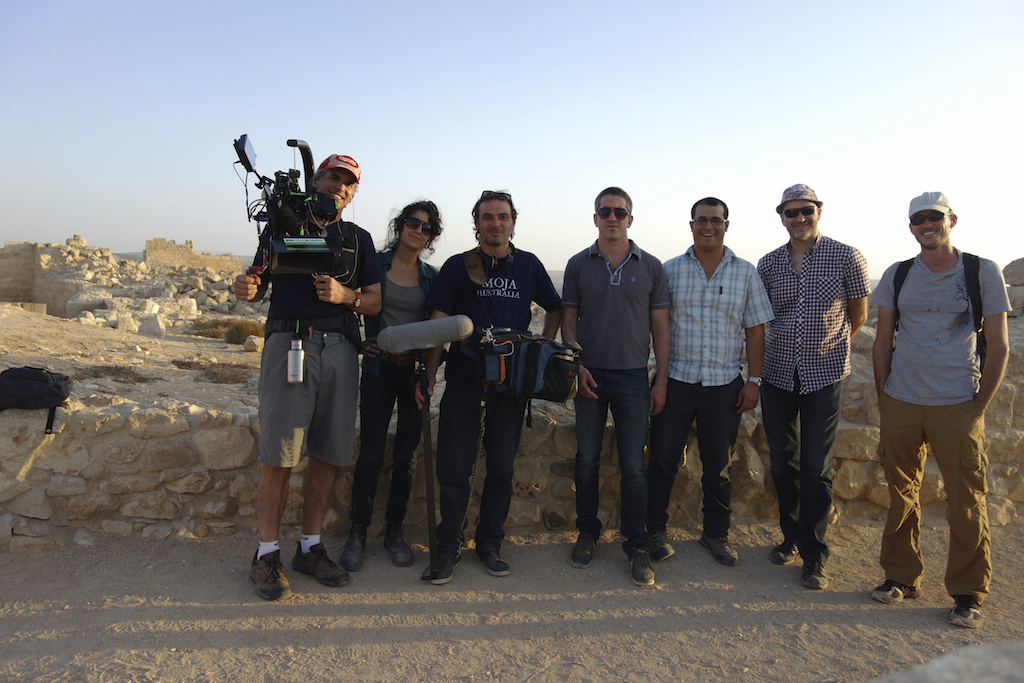 our fantastic crew- 30 days on the road and we’re still laughing!

Help show Americans and the world who Israelis really are.
Fundraising is going well, more support is needed to finish the film.
U.S. residents can make a tax deductible contribution
Foreign friends can donate, too
If you know philanthropists, foundations, or companies
that might wish to become sponsors, please tell them about our film.