The Rain of King Lear 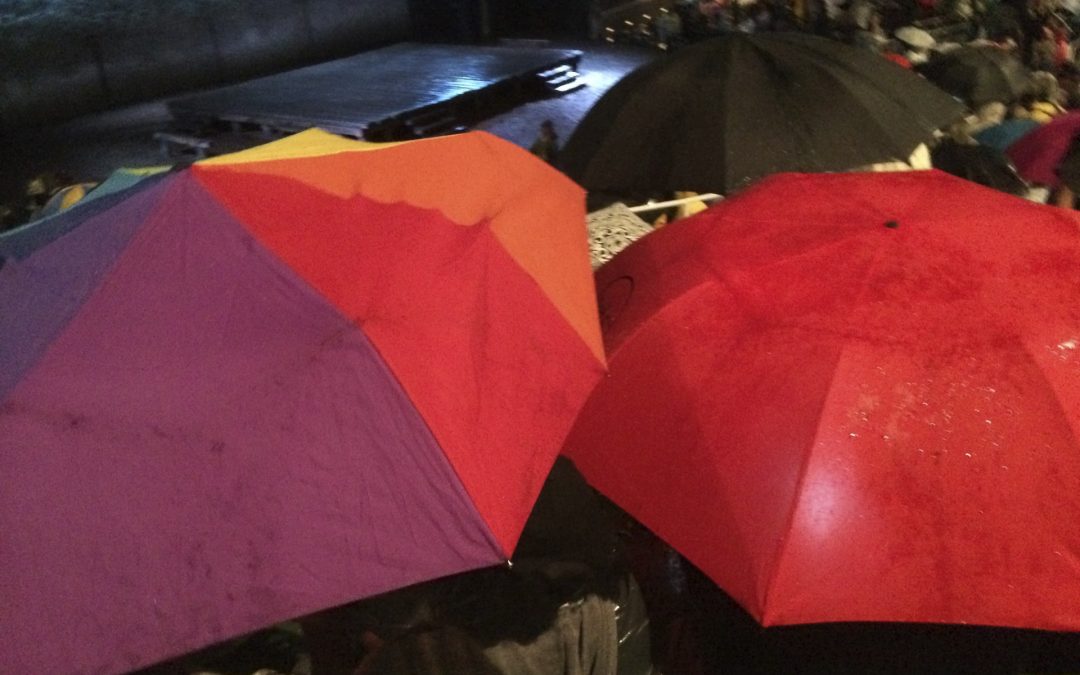 A wild night of Shakespeare in the Park last night. Rain was a major character of the play. While cars in Islip, an hour away on Long Island, were getting flooded and stranded as never before from the  5″ of rain that fell in ONE hour, I was in the standby line hoping the storm was just threatening enough to make 50 people cancel (that’s about how many were ahead of me). 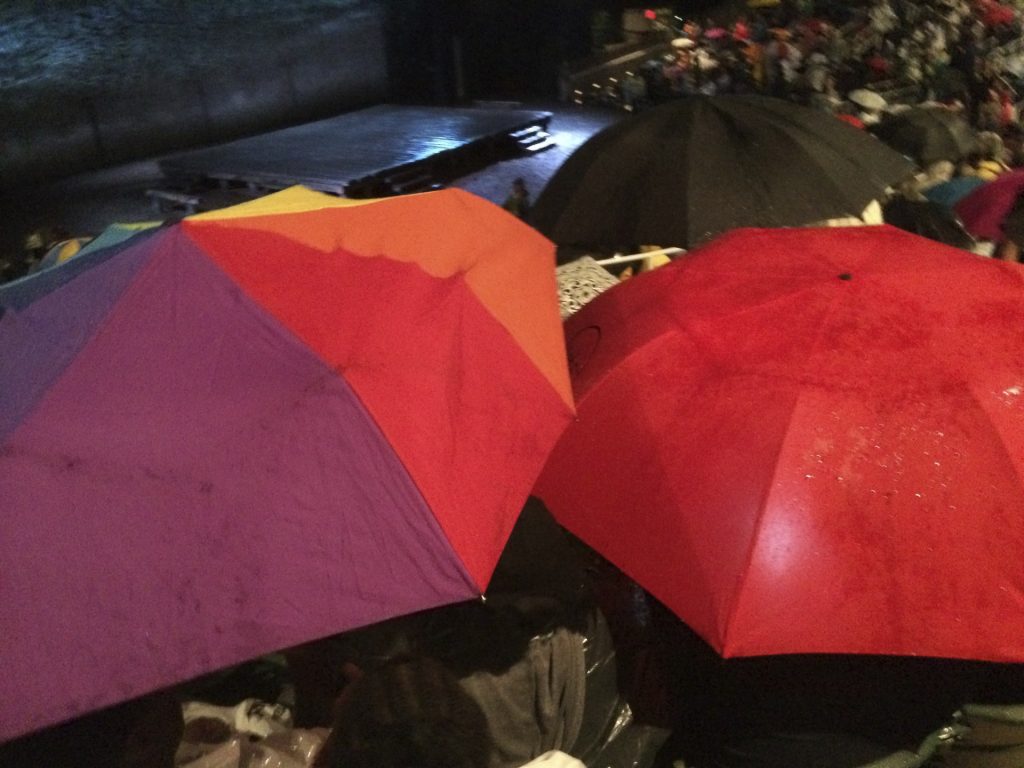 Umbrellas UP during intermission

[Don’t tell anyone, but standby has worked for me the only two times I’ve tried. Get there before 6:00, bring a book and a sandwich. They sell beer, wine, chips and good (very small) brownies.

It’s better than waiting from 7AM to noon.]

Made it in!  A true New York moment happened just before curtain: a Public Theater staff member came up to our section and sternly announced that no photography was allowed at any time. As soon as he disappeared, a dozen cameras went up for selfies.

It rained the entire night, nice and lightly, ambience – no umbrellas allowed during performance – until the end of the last act, during the terrible storm scene. Appropriate. Then, it POURED. Most of the audience stayed, and the Public cleaned up on rain ponchos, charging $8 someone said. 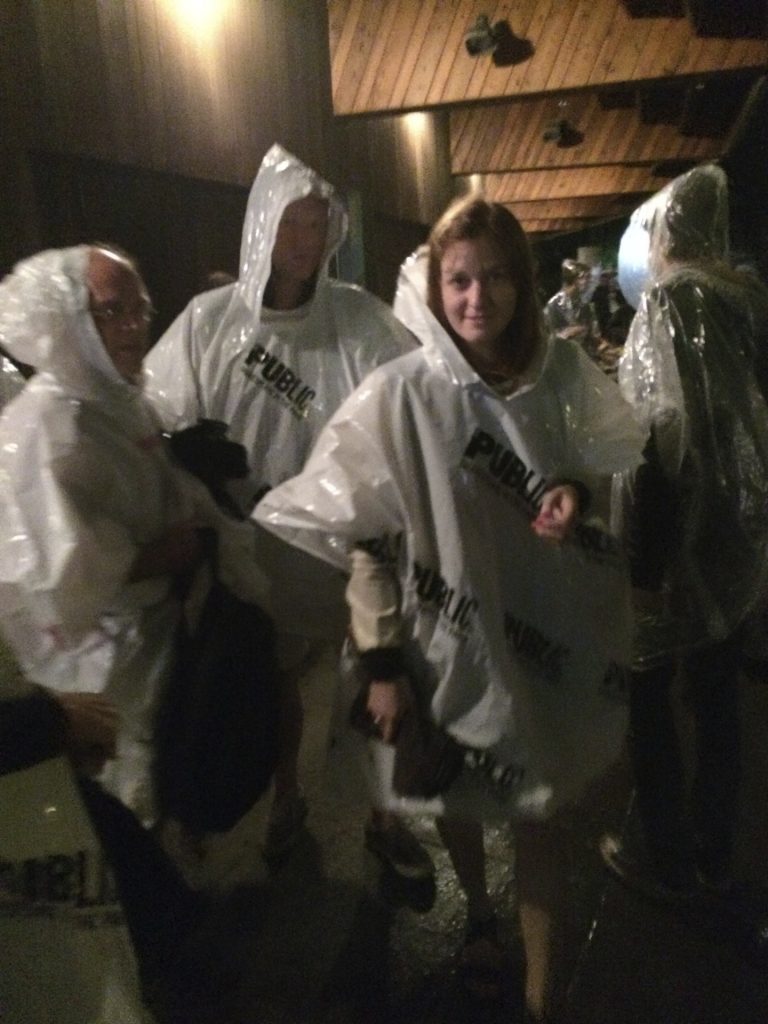 Lear isn’t my favorite play. As Ben Brantley reveals in his New York Times review, “it’s possible to imagine that tragedy is not waiting in the wings. The mood is unusually festive, and the king, played by a fully immersed John Lithgow, seems like a jolly old soul.” Then all hell breaks loose and it doesn’t stop for three hours.

The emotional and physical strain on the actors must be intense to say the least. With the rain, I can’t imagine. They applauded us for staying and raised arms up to the heavens laughing. This is not the first time during this run that rain has been part of the show. John Lithgow blogged his experience “Learning Lear” right through dress rehearsals.

I highly recommend it.

And, any Shakespeare in the Park performance. 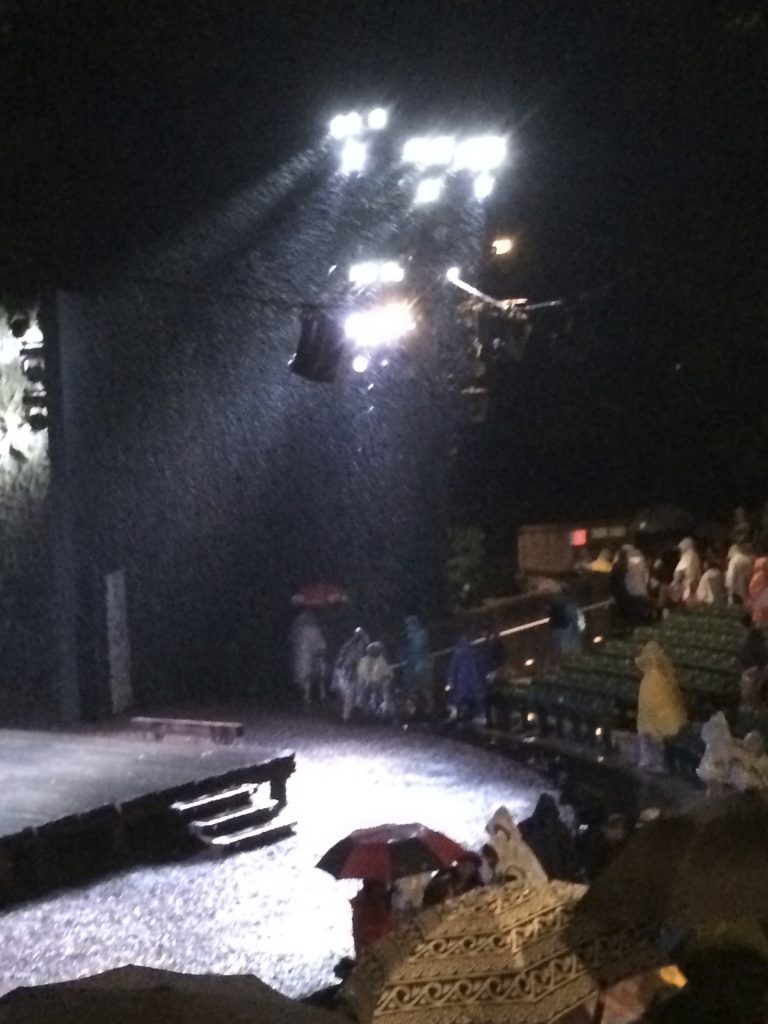 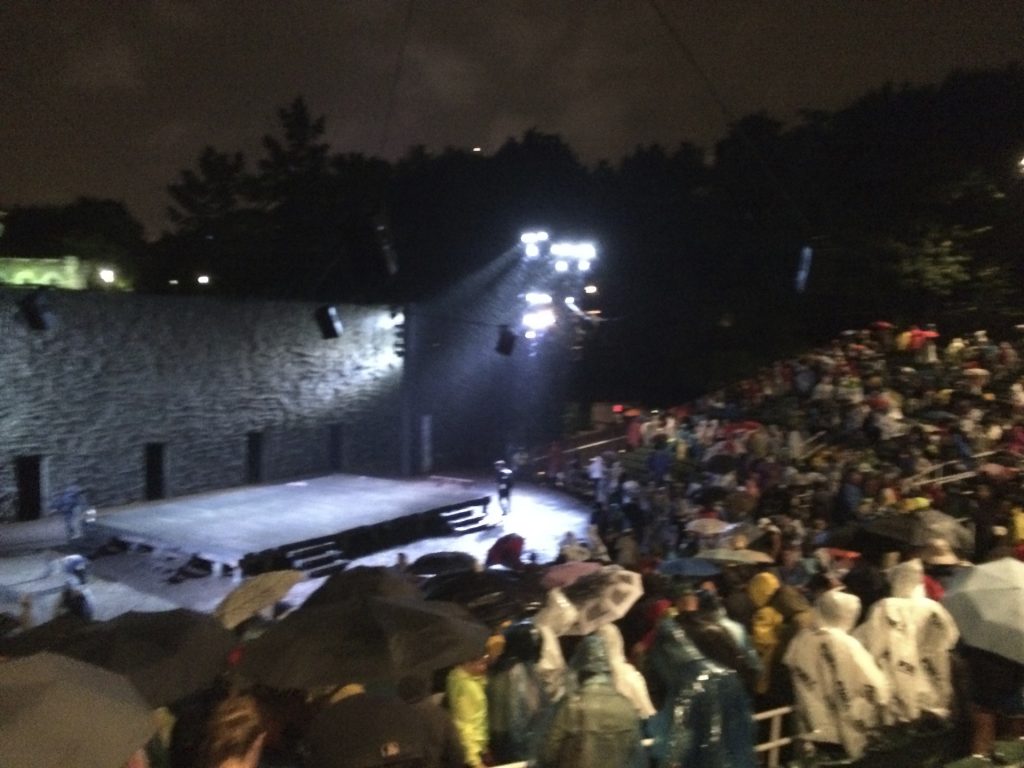 the crowd made it through – no pics during performance of course 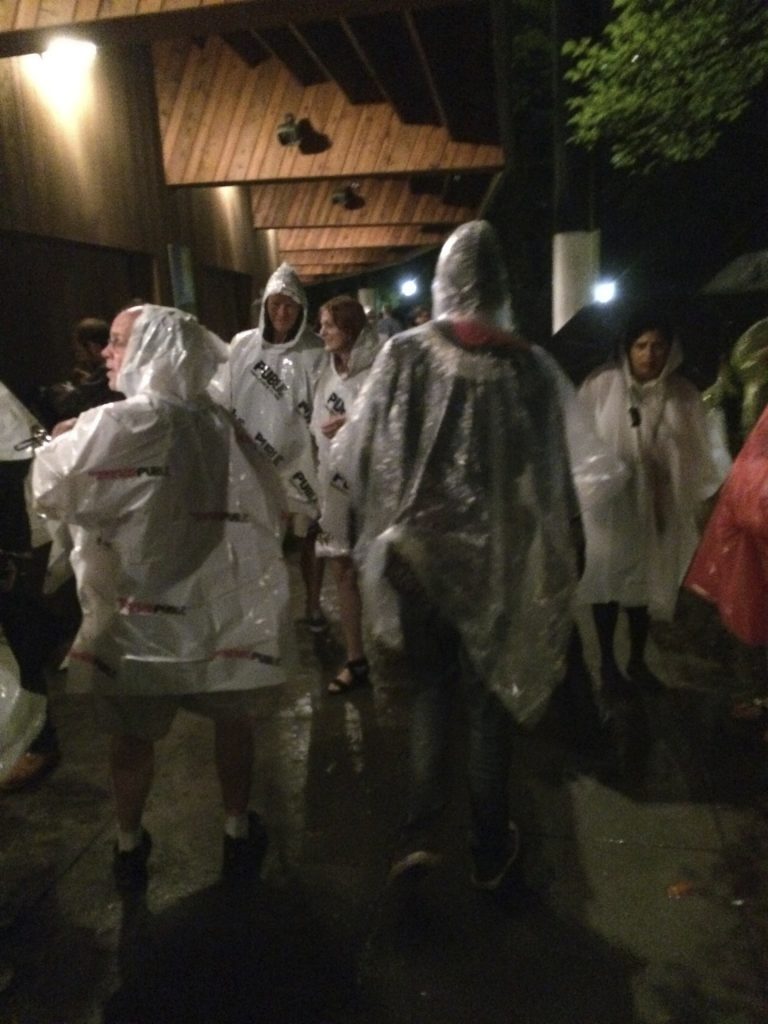