Where To Eat In Israel 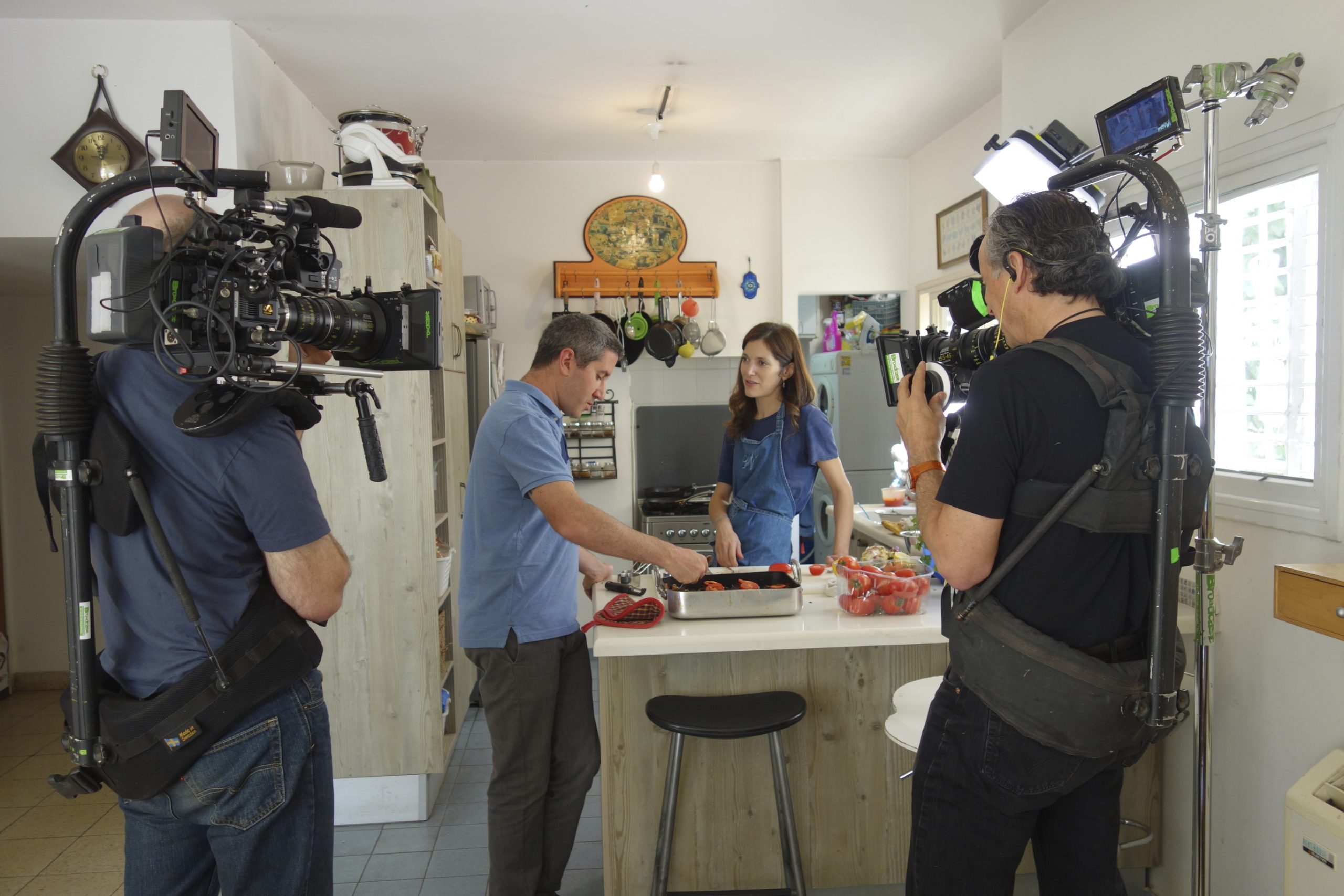 Over the years of researching and creating In Search of Israeli Cuisine, we’ve be been asked many times for recommendations of where to eat and visit in Israel. This is a list of some of our favorite people and places: many from the film and others we’ve discovered since making it. 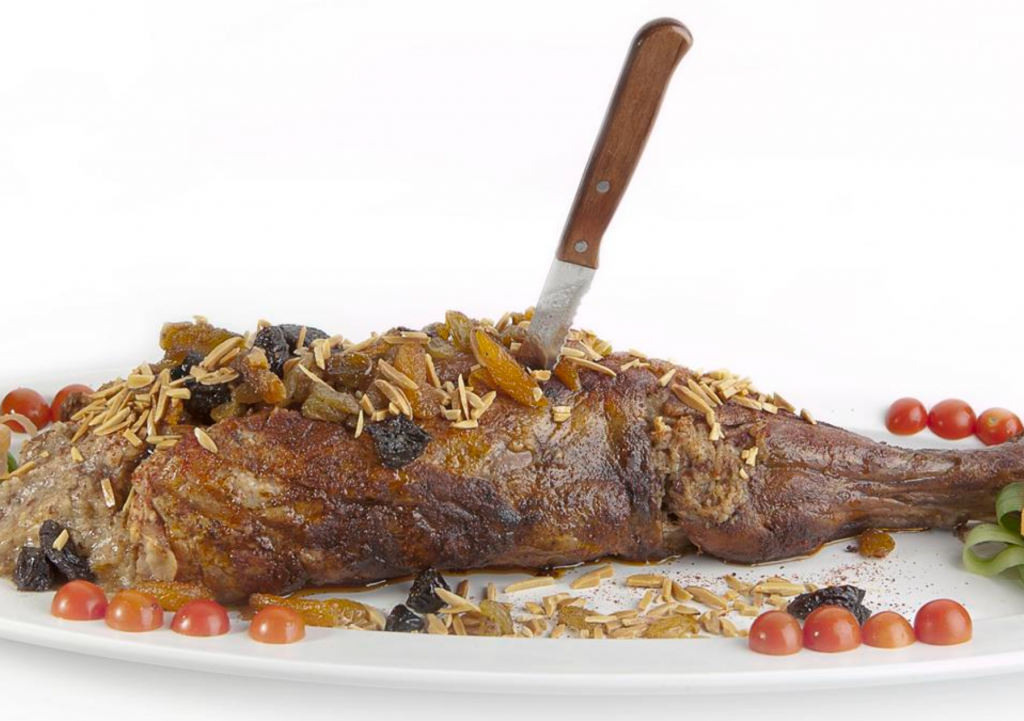 A wine bar where you can sample many wines. Very high tech: they give you a credit-type card, you choose from dozens of wines, get a lovely taste. Or, a glass, or a bottle, or a case. Food too.
It’s changed hands a number of times since I went there, so I’m not sure if it’s recommendable. If you go, let me know! 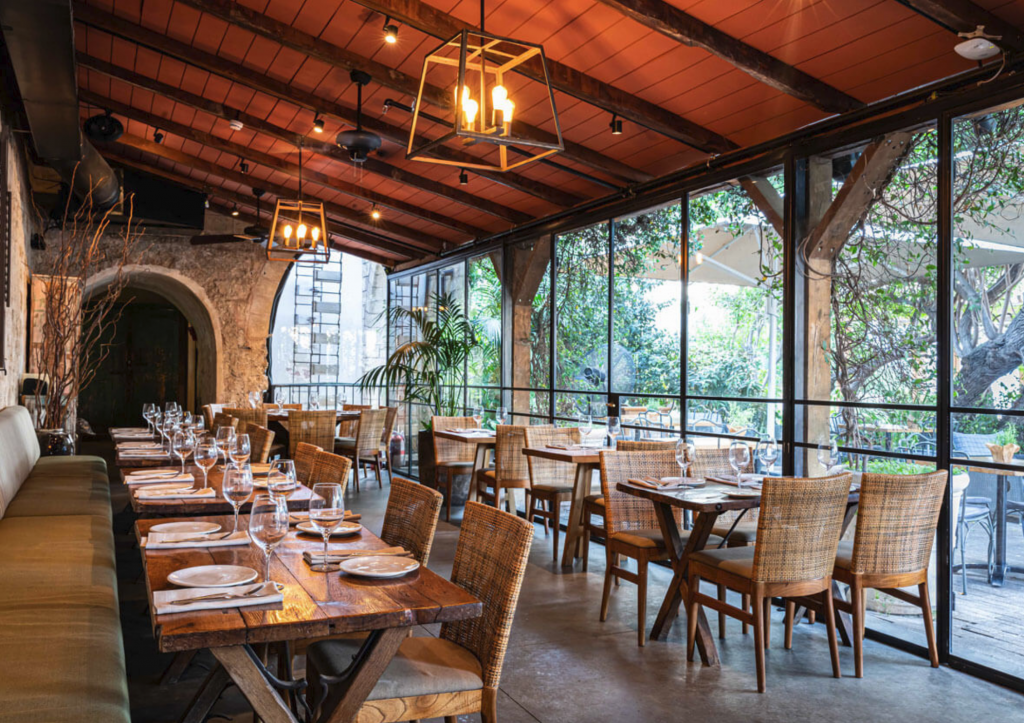 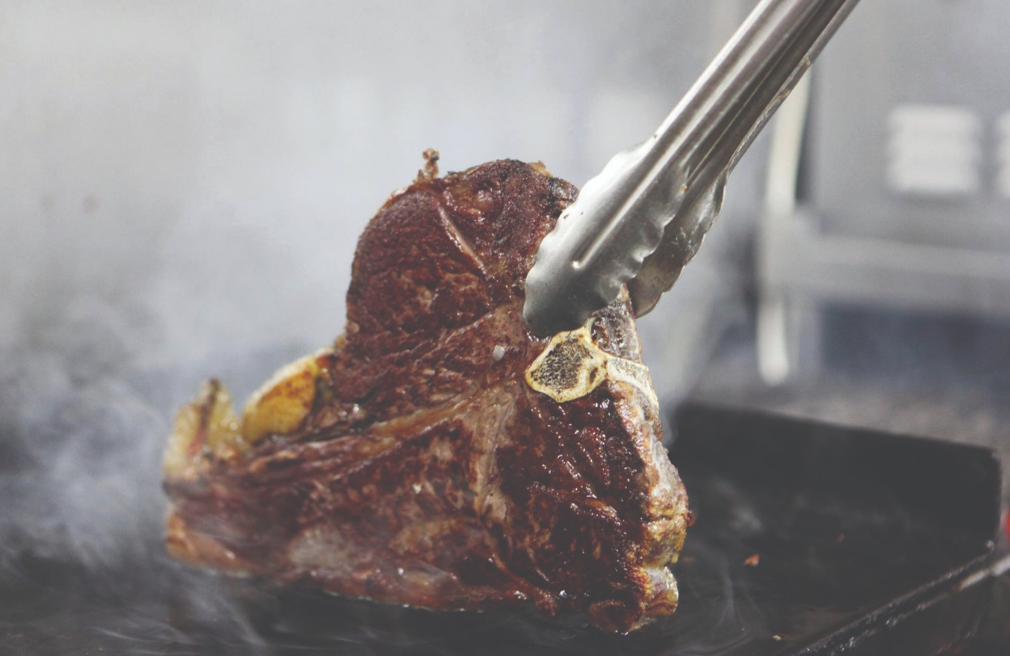 Jonathan Borowitz’s Cafe 48, which was featured in the film, has since closed. M25, serves perhaps the best grilled meat served in Israel. And, don’t worry if you’ve got some vegetarians or vegans in your group. They’ll be very happy too.
Located in Carmel Market, it can be a bit hard to find at night, but it’s worth the adventure.
And, tell Jonathan Roger sends his love! 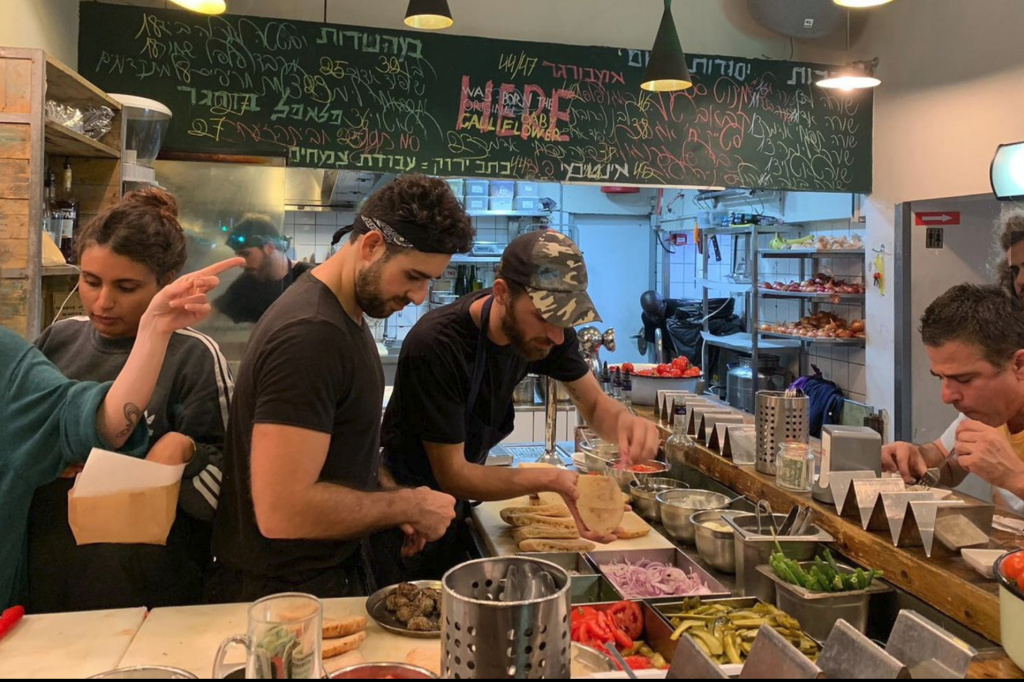 Eyal Shan is one of the most famous chefs in Israel. Miznon is  hip “gourmet fast-food” spot which serves as both a new take on and an homage to Israeli street food. Eyal Shani is a “mad genius” who provides unexpected yet familiar dishes. Expect to find ridiculously tasty vegetables, stuffed pitas, and much more served in a relatively inexpensive and very “Tel Aviv” restaurant.

98 Yigal Alon St. Electra Tower, Tel Aviv |+972 03-624-9249
Website
Haim Cohen, who was featured in the film and in Roger’s talk The New Face of Israeli Cuisine, was one of the pioneers in the gourmet restaurant scene in Tel-Aviv. Yaffo TLV connects the roots of Israeli cooking with the cooking of his Moroccan mother who worked for an Ashkenazi family, where she learned to cook that food Haim describes his family meals as a combination of both. And, he continues that mashup at his restaurant.  A restaurant born from culinary conflict between eastern and western flavors, Yaffo is a culinary love letter to the distinct flavors of the Jewish experience. The menu changes each day to reflect the fresh ingredients the restaurant sources.

Matat, 800 meters from the Lebanese border
972-3-9772929
Website
Erez Komarovsky, featured in the film, was our expert on food in the North of Israel. Famous for igniting a passion for fine bread in Israel, Erez now offers incredible cooking and baking workshops in his Matat home. The workshops are open to the public as well as organized groups and offer an unforgettable day of fine food, great wine, breath-taking views and plenty of inspiration to take home. 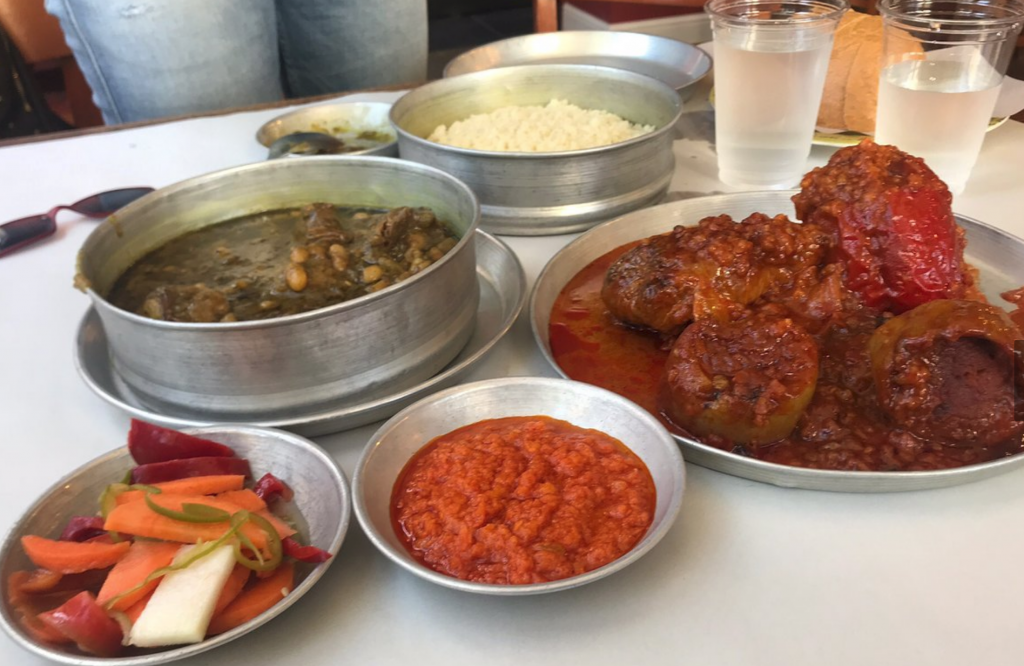 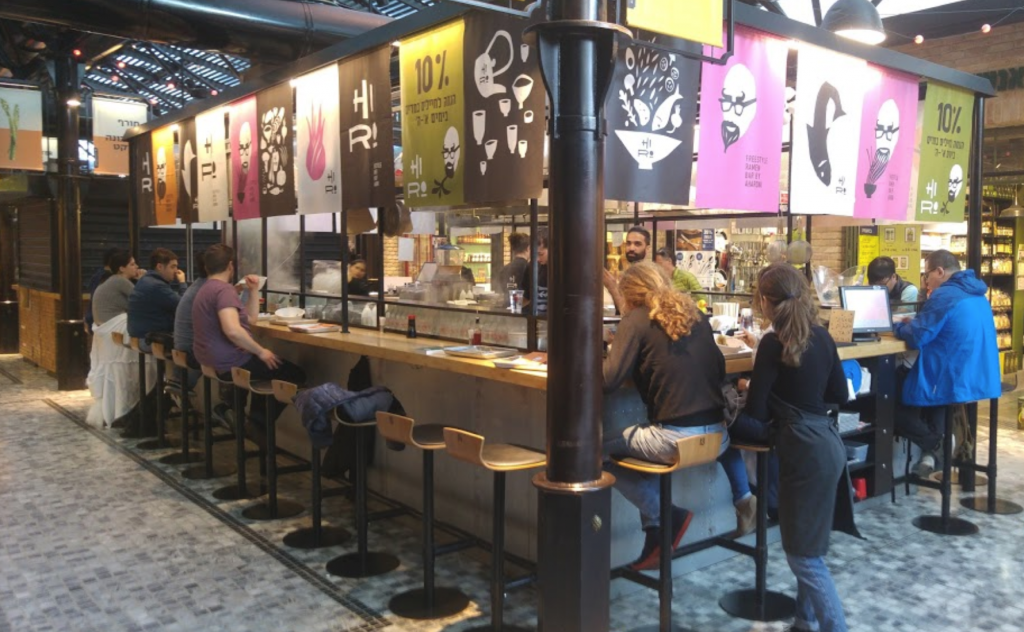 Israel Aharoni – Hiro Ramen
Inside Sarona Market, 3 Kalman Magen St. Tel Aviv
+972 3-000-0000
Website Israel Aharoni is a celebrity chef in Israel who is famous for his Asian cuisine. A leading voice in the Israeli culinary scene, he is most famous for introducing Chinese food to Tel Aviv with his restaurant “Yin Yang.” He recently opened Hiro, a free-style ramen soup bar, in Sarona Market.

Oved’s Sabich $ Tel Aviv
7 Sirkin Street, Giv’atayim, Israel
Facebook page A famous sabich stand, featured in the film and in Roger’s talk The New Face of Israeli Cuisine, it is perhaps the most famous sabich stand in Israel. Israelis argue about who serves the best sabich, but they all agree that Oved’s is at the top. With roots in Iraq, it first was an eggplant stew, the was made in a pita and became Sabich, true Israeli cuisine. For the uninitiated, a sabich is pita stuffed with fried eggplant, potatoes, hard-boiled egg, hummus, tahini, and whichever veggies and spices you’d like. In one bite you’ll get a taste of dozens of different cuisines. Inexpensive, too.

Hertsel 41, Tel Aviv | (03) 624-8899
Remember the first scene in In Search of Israeli Cuisine? Mike walks into Busi, asks for something simple and they bring out more than a dozen salads. He points to each one tellings us where they’re from, all over the diaspora in one grill.  They serve including foie gras roasted over charcoal – one of chef Michael Solomonov’s favorite dishes.

Ika Cohen’s chocolate is made with a fusion of European tradition and Israeli tastes. Make sure to try the za’atar flavored truffle – unlike any other sweet you’ve tried. And, send Ika Roger’s love!

Yitzhak Hizkiyahu is a Jewish Ethiopian serving the cuisine of his homeland in Tel Aviv. The food is all vegan – and all delicious. All of the dishes served are healthy, tasty, and unique.

Shawarma Abulafia $ Yaffo
Yefet St 4
At the clock circle at the entrance of Yaffo, right across from Haj Kalil, same owners. You don’t want to eat Shawarma at just any place. This is well raised lamb and chicken. Inexpensive and delicious. Open til 4AM 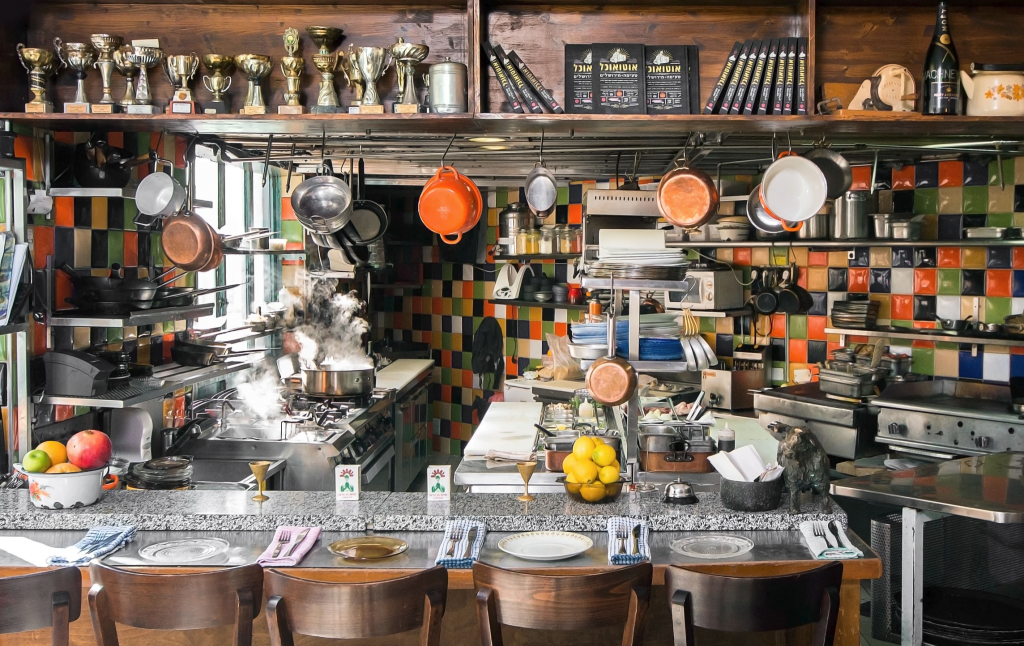 Machneyuda Restaurant, Jerusalem, $$$
Website | Beit Yaakov 10 st., Jerusalem, (053) 809-4897
Now a famous TV chef in Israel, with restaurants in London and Berlin, Assaf Granit started as part owner of this innovative restaurant that blends traditions into a unique dining experience. It’s one of the most happening restaurants in the country, and you can’t help but be caught up in the energy of the place. Part market restaurant, part high-cuisine, part nightclub – both the atmosphere and the food at Machneyuda capture the lively personality of Israel. Located in Jerusalem’s Mahane Yehuda market, or “The Shuk.” 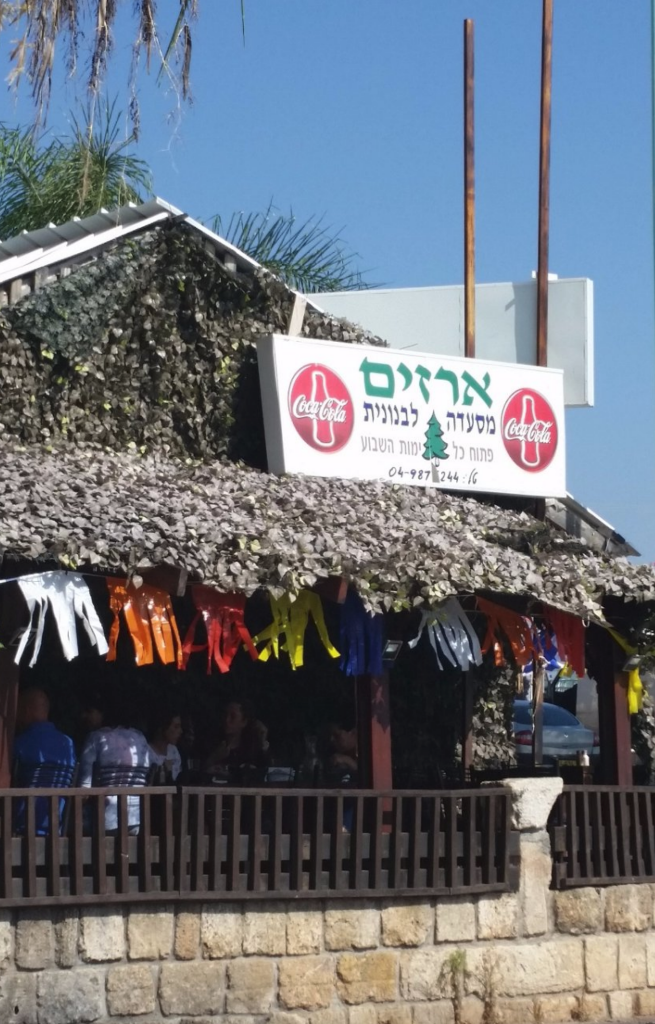 Shlomi, north of Naahriya, on route 899 near the Lebanese border, a few kilometers from the Mediterranean, serving really great traditional Lebanese food. 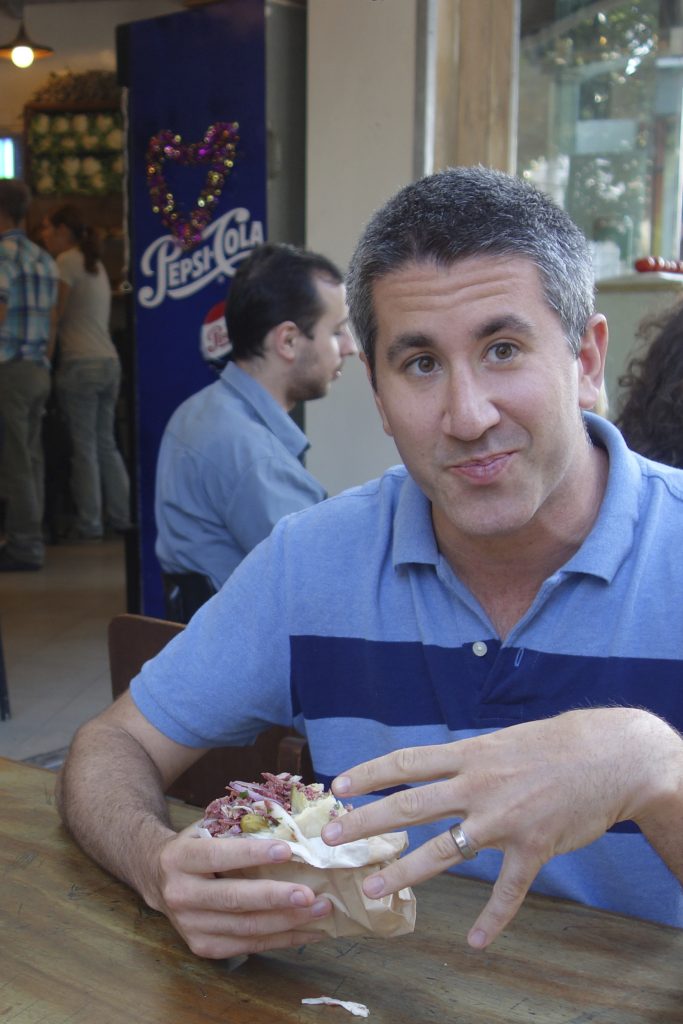 For our American viewers, our chef guide Mike Solomonov’s restaurants are a bit easier to get to than Israel. Most are in Philadelphia – the only problem is deciding which one to go to. Don’t take our word for it – Eater Magazine called him “the genius of Jewish cooking” and Saveur said “This is a man who can do more with eggplant than most chefs can do with a chicken.” Mike won the James Beard Award for Outstanding Chef (can you say Oscar?) and his book Zahav: A World of Israeli Cooking, written with his business partner Steven Cook, won the Beard Cookbook-of-the-Year.

Zahav – $$$
Website | 237 St James Pl, Philadelphia, PA 19106
Mike’s Israeli restaurant and winner of the James Beard award for Best New Restaurant in the Mid-Atlantic. Fusing all the complex traditions and flavors across Israeli cooking into one menu, and adapting it for American ingredients. Famous for its lamb, its hummus, and salatim, Zahav is frequently listed as one of the best restaurants in the country. Popular with just about anyone who eats there, this is as close as your taste buds can get to our film without going to Israel.

The only problem is it’s almost impossible to get in to. Even the bar has hours wait. But don’t despair, there’s a hidden gem in Mike’s empire. It’s Abe Fisher: see below.

Abe Fisher – $$$
Website | 1623 Sansom Street, Philadelphia
Abe Fisher is a restaurant dedicated to the food of the Jewish diaspora. By definition then, it’s not quite Israeli cuisine. However the food of the Jews on the some of the same cuisines that inspire Modern Israeli cooking. It’s also delicious. You really don’t want to miss eating at Abe Fisher.

Federal Donuts – $
Visit Website For Locations
The best fried chicken anywhere, donuts, and coffee shop. Not quite Israeli cooking – though you can get your chicken with Za’atar. If you’re in Philly, you gotta go. incredibly tasty.